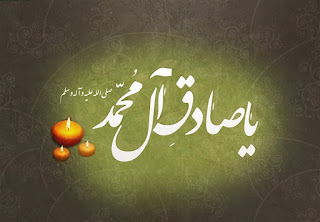 Our ahadith record our Imams having infiltrated the governments of oppressors in numerous ways - for the benefit of their secretive da’wah movement, such as:

One of the ways in which such recruitment was facilitated, but is not widely discussed, is marriage.

Imam al-Ridha & al-Jawad married the daughters of al-Ma’mun. Imam Ali gave his daughter to Umar. However, these seem to be political maneuvurings by those rulers against the Imams.

However, Imam al-Sadiq willingly married his daughters to Umayyad & Abbasid men - likely indicating this is to co-opt these figures. Particularly since the Abbasid figure, governor of Mecca, appears to have become Shi’i. This will be the subject of today’s post:

“You [O Jafar] have also commmitted a sin which Allah does not forgive you for.

Dawud said: ‘You have married your daughter to Fulan, the Umayyad.’

Given that Imam al-Sadiq lived through both the Umayyad and Abbasid eras, if this marriage took place in the Umayyad period - it is most likely for political advantage for the Imam’s da’wah movement.

A man named Muhammad ibn Ibrahim, governor of Mecca, was the husband of Fatima - daughter of Imam al-Sadiq.

“Abu al-Hasan al-Madhi (i.e, Imam al-Kadhim) was with Muhammad ibn Ibrahim - the governor of Mecca - and he is the husband of Fatima, daughter of Abi Abdilah (as) [i.e, Imam al-Sadiq]”

Upon inspection into the background of Muhammad ibn Ibrahim - the governor of Mecca, we find the following.

It would seem that Muhammad is the son of the founder of the Abbasid movement, Ibrahim al-Imam, however it would seem he ended up following Tashayyu’ on Imam al-Sadiq’s path:

Thus, corroborating the Shi’i ahadith in establishing some form of relation existed between al-Sadiq and Muhammad ibn Ibrahim: