Imamate in the Quran? 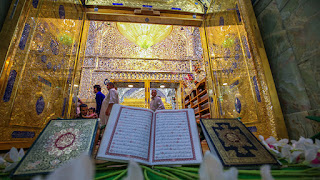 When a king is approaching death, whom would he trust to be more likely to continue his legacy? His children who bear his name and lineage - or a companion with no biological relation?

The companion would want to create his own legacy and have his own independent ambitions, whereas the child of a king is the king’s posterity - thus, he would want to preserve the implementation of his father’s vision on society and continue his legacy.

As an example from our modern times, militaries of third world countries prefer being ruled by family dictatorships - because succeeding rulers are expected to continue their predecessors’ policies of rewarding the military, as the succession is father to son. This is what has made Thailand’s military intensely loyal to the Thai royal family.

Going back to the Quran, we can see that prophets believe their legacy and teachings can be properly taught only by their children.

Prophet Zakariya cannot trust his legacy of prophetic teaching being taught in the same way he did, except by having a son who will continue it.

Thus, Zakariya asks God to grant him an heir.

“And I am concerned about ˹the faith of˺ my relatives after me, since my wife is barren. So grant me, by Your grace, an heir” (19:5)

The following verses highlight this

“And when it is said to them, "Follow what Allah has revealed," they say, "Rather, we will follow that which we found our fathers doing." Even though their fathers understood nothing, nor were they guided?” (2:170)

“And when it is said to them, "Come to what Allah has revealed and to the Messenger," they say, "Sufficient for us is that upon which we found our fathers." Even though their fathers knew nothing, nor were they guided?” (5:104)

This is why the Quran portrays Abraham as the “father of Muslims” - to create this spiritual connection & attachment:

“He has chosen you and has not placed upon you in the religion any difficulty. [It is] the religion of your father, Abraham.” (22:78)

Accordingly, Prophet Muhammad & Imam Ali are also depicted as the fathers of this ummah:

Allah had given the Jews families of prophets to rule them (Al ‘Imran, Al Dawud, Banu Harun, and they all hail from Al [family of] Ibrahim). Allah granted these families spiritual powers - being given Scripture, wisdom, and bestowed a great kingdom (leadership over their followers).

So why did the Jews envy another people (i.e, another family) for Allah granting them spiritual powers?

The family, as per the context of the following verse - which is being said about Prophet Muhammad & thus would include his family, as it refers to ‘people’ being envied - and Al Ibrahim as a whole is mentioned on the parallel.

“Or do they envy people for what Allah has given them of His bounty? But We had already given the family of Abraham the Scripture and wisdom and conferred upon them a great kingdom.” (4:54)

“‘Or do they envy people for what Allah has given them of His bounty?’.

Indeed, we (the Ahlulbayt) are the ones envied - as Allah gave us Imamate, to the exclusion of all of Allah’s creation.

And we made them (Banu Israel) - messengers, prophets, and Imams. So how do they affirm that in Al Ibrahim and deny it in Al Muhammad?

“And we did not send any messenger or prophet or muhadath..” 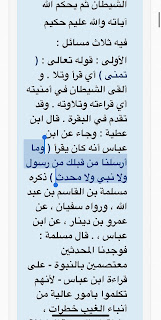 The Imams also recited the verse in the same qiraa.

“The Imam - what is his status? He said: He hears the voice and does not see nor inspect the angel.

Then he recited this verse:

“And We did not send before you a Messenger, nor a Prophet, nor a Muhadath”

For more information on what a qiraa is, look at my article here (https://www.thirdshahada.com/2021/04/majlisi-revived-my-people-part-1.html?m=1).

A muhadath refers to people sent / appointed by God, like prophets & messengers are sent by God - they are not commoners,

But they are neither prophet nor messenger - but people who were divinely inspired and receiving Ilm al-Ghayb.

They are infallible, have ilm al-ghayb, and offer esoteric wisdom.

“We found that the muhadatheen had the ismah (infallibility) of prophethood  per the qira’a of Ibn Abbas - because they spoke of matters that have a high level of ghayb that are dangerous.

Like Umar ibn al-Khattab in the sariya incident [having knowledge Persian army in Iran while he was in Medina], and what he spoke of from high proofs”

The following Bukhari hadiths affirms this claim about Umar being a muhadath: 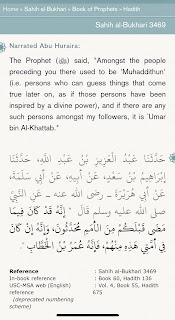 The muhadath’s power is not mere guessing that as the interpretation offered by sunnah.com in parenthesis attempts to suggest.

But rather non-prophets who received divine inspiration, as shown in Bukhari hadith below which claims Umar fulfills that criteria: 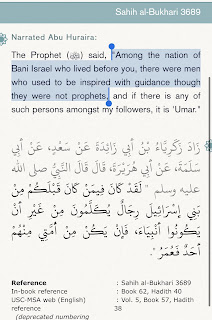 The Shi’i conception is the same as Sunnis. Infallibility, divine inspiration, and ‘ilm al-ghayb.

Instead of believing that Umar fulfills the criteria, Shi’a believe the Twelve Imams are muhadatheen.

“Abu Ja’far sent a letter to Zurara, telling him to inform al-Hakam ibn ‘Utayba that the awsiya’ (heir) of Muhammad are muhadathun”

Muhammad ibn Abi Bakr was asked after he recited ‘And We did not send before you a Messenger, nor a Prophet, nor a Muhadath’;

‘Do angels speak to figures other than prophets?’

And Fatimah, the daughter of the Messenger of God, may God bless him and his family, was a muhaatha (female muhadath) and was not a prophet.”