Fatima, Greater Than the Angels? 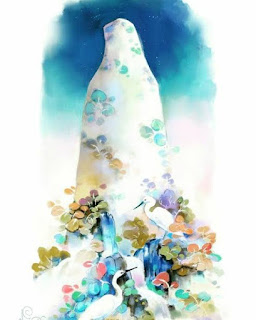 Exactly. Accordingly, in this post, we will try to understand the implications of this blessed title of our Master, Fatima bint Muhammad.

A. Hadith + Principle in analyzing ahadith of virtue

The implications of the title al-Zahra is highlighted in following hadith in Ma’any al-Akhbar by Shaykh al-Saduq (1):

“I asked Aba Abdilah [al-Sadiq] (as) on Fatima, why was she called al-Zahra?

Let us analyze this hadith to have a greater picture of the virtue of Sayyida Fatima.

Per the following principle mentioned by Imam Ali in the famous Hadith al-Arba’ Mi’a mentioned by Shaykh al-Saduq in al-Khisal (2):

“Beware of ghuluw in us [i.e, in particular saying we are gods (3)]. Rather, say we are slaves of a Lord and say in our virtues whatever you wish.”

This suggests that our Imams encourage us to speak of their virtues in whatever way we wish.

Meaning, we are to dwell into what appears to us from their virtue. Trying to understand its implication - while knowing we cannot ever know the true extent of the virtues bestowed upon them by Allah.

And this is permissible, as long as we abstain from labeling and seeing our Imams as gods.

This is evident in the same hadith as above mentioned by al-Tabrasi in his Al-Ihtihaj in which he says (4):

“Do not exceed in [your interpretation] of our traits anything except slavery (to Allah).

Then say whatever you want in us and you will never reach [the true extent].”

As we read this line of the hadith, we get a picture of al-Zahra as an avid worshipper isolating herself to God in her prayer chamber.

It is reminiscient of her father’s long worship and isolation with Allah,  “And during the night prostrate to Him and exalt [i.e., praise] Him a long [part of the] night.” (Quran 76:26).

And most importantly, it is reflective of al-Zahra’s status as Sayyidat Nisa’ al-Alameen (Master of the women of the worlds).

A position she shares with Maryam daughter of Imran and Asia, wife of Fir’aun.

And as the Quran informs us, Maryam isolated herself in her prayer chamber. A deed Allah rewarded her with seemingly endless rizq (provision), which her caretaker Zakariya was surprised by:

“Every time Zechariah entered upon her in the prayer chamber, he found with her provision. He said, "O Mary, from where is this [coming] to you?" She said, "It is from Allah. Indeed, Allah provides for whom He wills without account." (3:37)

In the footsteps of Sayyida Maryam (as Sayyidat Nisa’ al-Alameen), Sayyida Fatima isolated herself in prayer chambers. And was rewarded by rizq for Allah for this deed.

The natural origin of many varieties of rizq on Earth is from the heavens, as Allah delegates his angels to execute his commands in favor of His slaves.

The ‘people of the heavens’ being all angels - including the topmost ones like Jibraeel and Mik’aeel and angels who hold Allah’s throne.

We may think of these topmost angel figures & angels whom hold Allah’s throne as “untouchable” or invincible.

In the sense that they have such behemoth and great status in the eyes of Allah that we do not typically expect Allah to depict them as subordinated. Particularly, not to a human being like Fatima.

However, as the Quran tells us:

“On the Day of Judgement, “whoever is in the heavens and whoever is on the earth will be terrified except whom Allah wills. And all will come to Him humbled” (27:87)

If all angels, even great angels, will be feeling terrified on the Day of Judgement, and will come to Allah humbled - just like humans come to him humbled.

The second blowing is what is evident in the verse because Allah mentions ‘All will come to Him humbled’.

That Light being the Light of Fatima, which radiates on them like planets radiate on the people of the earth.

(3) A hadith Allama Majlisi found in his father’s collection cites the same hadith but with the addition: do not name us gods / independent lords لا تسمونا اربابا. Bihar al-Anwar, volume 26, page 6.