Fatima, Hearing What’s In Our Hearts 💙 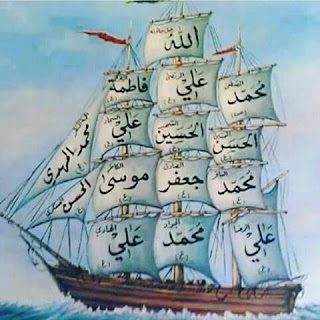 I hope you are all doing well.

Today I’d like to talk about something so crucial to the personal lives of each Shi’i.

That is our personal relationship with the Ahlulbayt :) The Prophet, Ali & Fatima and the Imams from their lineage.

The Ahlulbayt of ‘Ismah are our human doors to Allah. Being so, Allah delegated them capabilities - by his will & permission - that allows them to remain alive and intervene in the affairs of dunya, despite their physical deaths (aside from the 12th Imam).

Their humanness makes us relate to them, and by that virtue - through these divine humans - we can begin to comprehend and understand the laws of Allah. And we can have an idea on how Allah is “over all things competent” وهو على كل شيء قدير (Quran 57:2).

After all, “He who obeys the Messenger has obeyed Allah” (4:80). The actions, character, and capabilities of these divine humans are an aya (miracle-sign) of Allah to show us that his message is the truth.

That is why he delegated them these capabilities which we only associate with Him such as bringing dead back to life, creation of a living being, etc (3:49).

And in this post, we will discuss one of these capabilities Allah granted his infallibles.

That is the giving them knowledge of what is in people’s hearts.

1 ) Our deeds are recorded down by angels.

Our angels record all our deeds. No matter what they are. Allah delegated them of knowing everything we do. “They know whatever you do.”

Our thoughts are deeds that we are held accountable of by Allah.

“Whether you show what is within yourselves or conceal it, Allah will bring you to account for it.” (2:284)

So naturally, angels are delegated the capability of know of the thoughts in our minds. Allah allows them to have this knowledge.

2 ) Not only are angels aware of all our deeds. But Allah allowed them to witness his ‘Kitab’.

“And with Him are the keys of the unseen; none knows them except Him. And He knows what is on the land and in the sea. Not a leaf falls but that He knows it. And no grain is there within the darknesses of the earth and no moist or dry [thing] but that it is [written] in a clear record (كتاب)”.

Every single little thing to happen in dunya, even if it is a leaf falling - Allah has its knowledge. And that knowledge is recorded in a ‘kitab’ (Register / written record).

Some angels Allah gave the capability of witness the ‘Register’.

Meaning, they are able to witness (i.e, have knowledge) of all these events in dunya - even to the tiniest detail like a leaf falling.

Simply put, they have full access to knowledge of ilm al ghayb of what happens in dunya.

3 ) Despite the fact that Allah delegated the angels these abilities.

Despite them having full access to knowledge of ilm al ghayb of what happens in dunya.

There are things that Allah chose to hide from even the angels.

When he taught Adam the “names” (ilm al ghayb occuring in dunya) and asked the angels to state them.

They said, "Exalted are You; we have no knowledge except what You have taught us. Indeed, it is You who is the Knowing, the Wise." (2:32)

Allah taught Adam the names, but did not teach them to the angels. So the angels were not aware of them.

Sunni interpretations provide an interesting insight on what Adam was taught.

“Allah presented to him [Adam] the names of his children, human by human (i.e, the names of every single human to be born)”

Ibn Kathir comments on what Adam was taught:

“The correct [idea] is that He taught him (Adam) the names of all the things: the [nature] of these things & their actions.

As Ibn Abbas said, even the (big and small) fart”

In short, Adam was given such wide insight into the future, which the angels did not know.

So it is not not strange for a human to be given such all encompassing knowledge by Allah - that can trescend that of angels.

5 ) Allah giving his divine humans ilm al ghayb of what is in people’s hearts has several attestations in the Quran. I’ve written on this extensively on Twitter.

But a nice example is the following verse:

“They will make excuses to you when you have returned to them. Say, "Make no excuse - never will we believe you. Allah has already informed us of your news [i.e., affair]. And Allah will observe your deeds, and [so will] His Messenger” (9:94)

Allah gives knowledge to the Prophet of what is in the hearts of the munafiqeen (that they will remain kuffar at hearts and have no genuine intentions).

And Allah instructs him to publicly tell them he will never believe them (the Munafiqeen) - because Allah has already informed him of their “news” (their true intentions).

What is in the hearts of munafiqeen is recorded by angels, who are aware of all our deeds.

And Allah shared of knowledge from what is written with the Prophet. Something which we clarify in the ahadith section.

And with this, we end the Quran section of this post. And will go to the next section now inshallah :)

The Extent of Ilm al-Ghayb in Humans

A) Adam knew the names of all things.

Meaning, he knew the name of Shaytan as ‘Iblis’ (the one in despair)- because he was removed from heaven due to his wickedness. And because as explained above, Allah explained the meaning behind each name to Adam. And the nature & actions of all things.

Adam, thus, knew that Iblis will be in despair until the day of Judgement because Iblis’ nature is that of a kafir (as evident in 2:34), someone defiant in his disobedience of God, will lead mankind astray to disobey his Lord, and will lie about God as evident in the verse below:

And Adam knew “whoever takes Satan as an ally instead of Allah has certainly sustained a clear loss.” (4:119)

And Allah clarifies regarding Iblis - as someone who will remove Adam & his wife from heaven:

Yet, Adam was not aware that Iblis was lying when he swore by Allah he was telling the truth:

But when Iblis swore by Allah to him, Adam did not know Iblis was lying. And believed him.

Thus, despite Adam having access to all knowledge pertaining to Iblis & dunya - Allah still withheld ghayb knowledge from him.

So it is possible to have full access to Ilm al-Ghayb, while Allah can withhold something from you.

John rents his car to Mahdi, giving Mahdi full access to it. But John forbids Mahdi from opening some parts of the car (like part where John puts his money) - or if opened, he cannot touch it.

Hadith Perspective (all ahadith cited are from al-Kafi)

Because it is possible for the Ma’sum (infallible) human to be given a greater degree of ‘Ilm al-Ghayb, which even angels are not rewarded. As evident in the example of Adam & the angels.

A) The Ma’sum is the spiritual inheritor for Adam, along with all other prophets. (2)

And as we know, Adam’s Ilm al-Ghayb had a greater degree of knowledge than angels. So only Allah knows the true extent of our Masumeen (and thus Fatima)’s access to Ilm al-Ghayb.

Imam al-Sadiq continues saying, “I acquired knowledge of that from the Kitab of Allah - which Allah says is a clarification of all things” (referring to 16:89).

Remember what I said earlier that every little tiny thing happening on Earth is recorded in Allah’s kitab?

And that Allah allows angels to witness this kitab?

Allah can allow angels, and evidently the Imams to witness this kitab (and thus, have full access to Ilm al-Ghayb, and what is in people’s hearts). This will be demonstrated in the point below.

C) The knowledge Allah grants to angels, he will grant to the Ma’sumeen of Ahlulbayt.

This knowledge is first presented to the Prophet, then Amir al-Mu’mineen, then the Ma’sumeen one-by-one (4). Even the ones who are deceased receive that knowledge, as they are alive with their Lord.

D) Even the deceased Imams continuously acquire new knowledge of Ilm al-Ghayb - as they receive the same knowledge of angels.

The most emphasized time in which they receive their knowledge is in the morning, as Imam al-Sadiq says (5):

“The deeds are presented upon Rasul Allah - the deeds of mankind every morning. Its righteous and wicked [deeds] so beware of it, as Allah says:

And as we know, the Imams are supernaturally transmitted the same knowledge as the Prophet.

E) The deceased Ma’sumeen continuously receive Ilm al-Ghayb, they aware of our deeds. And because angels record what is in our minds, they receive knowledge of it.

Accordingly, you can talk to the Imam and address him directly and it will reach him. Whether you say it out loud or in your heart - you can address the Imam directly.

1 . I have come to you, O beloved of Rasul Allah and son of his Rasul.

I have ma’rifa in you, acknowledging of  your right, aware of your virtue, the deviancy of those who opposed you.

Knowing the guidance that you [Ahlulbayt] are upon.

“May I be sacrificed for you. I am in constant remembrance of Husayn, so what do I do [when this happens]?”

‘May Allah’s blessings be upon you, O Aba Abdilah.’

You repeat that three times, as your salam reaches him the [Imam] from a close distance, and a long distance”.

Your good wishes for the Imam reaches him - regardless of your distance. Address him directly and pour your heart out to him.

It will reach him.

Whatever is in your heart, reach out to Fatima and the other Ma’sumeen. Talk to them. Build a personal relationship with them, like you build with Allah.

As they are your door to him.

May Allah make us all the awliya’ of Fatima, her father, husband, and their lineage.