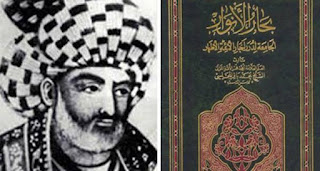 In Part 1 of my Allama Majlisi Revived My People series, I had linked Allama Majlisi noting the tawatur (mass transmission) of ‘nuqsan’ in the Quran to the Qiraat. And also what these Qiraat entail of ta’wil (esoteric interpretation, which can take the form of verses).

‘Nuqsan’ is the idea that the Quran we have today is missing in someway. Does this indicate the content is corrupted, or is what’s missing within the confines of what us permitted?

In this post, I will clarify the concept of ‘Nuqsan’ in Quran more - and show the way in which part 1 of my article reflects the views of Allama Majlisi, inshallah.

A portion of what I discuss below, I take from a discussion I’ve had on Twitter.

I begin by sharing this hadith in which the Imam warns us from reciting the Quran with our own personal interpretation, our own ta’wil that differs from that from the Ahlulbayt.

“Be wary of reciting the Quran with your own personal interpretation, as the people are not unified in its knowledge like they are unified in other matters like it.

Thus, we learn two things from the hadith:

Let us first take a look at this hadith, in Tafsir al-Safi by al-Faydh al-Kashani:

He [al-Baqir] said: Its dhahr [is so and so], and its batn is its ta’wil - it includes what had passed, and what has not yet happened. It travels with precision, like the Sun and Moon..’

It thus becomes clear that the ta’wil of the Quran is part of the Quran’s batn (aka, its batin.

He also narrated many ahadith about nuqsan in the Quran and believed in tahrif, however, how did he define tahrif?

“And what they [Imams] meant by tahrif, change, and removals (from the Quran) - it is in the meaning, not the speech.

Meaning, they corrupted it and changed in its tafsir and ta’wil.

Meaning, they took upon [the Quran] in the opposite of what it is.

So what they [Imams] meant by “It was revealed like this” [i.e, a verse was revealed different to how it is today]

The meaning of that report should not by understood by people by the surface of it [i.e, that it does not indicate tahrif]

Rather, the Imams did not mean the verse was revealed differently in speech. [Rather, it is the ta’wil] which was removed is hiding the truth and extinguishing the Light of Allah”

It shows that the way the Imams recited a verse (i.e, their Qiraa) - could be a form of ta’wil.

Similarly, al-Kashani’s words show that the Imams recited the Quran with their batin ta’wil (interpretation).

Additionally, show in part 1 of my Allama Majlisi series how when the Imams mention the way a verse was originally revealed, it indicates a ta’wil in the form of a verse.

Also, on page 53 of his Tafsir al-Safi, al-Faydh al-Kashani adopts the stance of rationalist al-Sharif al-Murtada on affirming the Shi’a do not believe in literal tahrif of the content of the Quran.

Similarly, Allama Majlisi also took the stance of Shaykh al-Mufid, whose stance included substantial rationalism as well (the usage of aqli [logical evidence]) in forming his judgement on the Ghulat. (5)

Why, thus, does Allama Majlisi reporting Naqs  necessarily indicate he believed the content of the Quran was corrupted? Why is his stance necessarily 100% textual? And why does he necessarily believe in tahrif, even if he affirms all those narrations?

Al-Faydh al-Kashani affirmed all those narrations that some may suspect to be tahrif. Yet, his idea of ‘tahrif’ was entirely unrelated to actual corruption of the concept of the Quran.

To simply put it through, there is not a single piece of evidence showing Allama Majlisi believed in corruption of the content of the Quran. Him affirming those narrations does not mean he beliefs in tahrif.

Al-Muhadith al-Nuri, perhaps the one of the most extreme among the post-Astrabadi Akhbari theologians in the concept of tahrif. His opinion will thus help give us a better understanding of Allama Majlisi’s own beliefs - even if they do not match.

1) Naqs in surah. He mentions 2 surahs from the sources of Mukhalifeen which they say are Abrogated or were mere duas. And a fictional surah (surat al-wilaya), given to him by an Indian mukhalif.

Because these three have no basis in our scripture, I do not believe Allama Majlisi believed in them. Which leaves us with the three remaining forms of naqs

This part of Surat al-Asr is reported in both Shi’i & Sunni sources as the qiraa of Imam Ali regarding this Surah.

In both instances, it is a mere qiraa of Amir al-Mu’mineen. Not a distortion of the Quran. And there aren’t many instances of this.

Yes, there is a part of the Qiraa of Amir al-Mu’mineen which is not present in our recitation of Surat al-Asr.

The difference is based on Qiraa (a valid form of difference), not distortion of the Quran.

THIS is the type of Naqs which Al-Nuri says are “many” وهو كثير.

Examples including adding Imam Ali’s name in verses, or

Or صلاة العصر in 2:238 (a qiraa mentioned in both Sahih Muslim & Shi’i sources).

My point is that:

The biggest amount of narrations - Akhbari scholars describe as Naqs is ones mentioning the Imam’s names, wilayah, merits, etc within verses.

Because this was the Imam’s (batin) qiraa which they told their Shi’a to abstain from. And to recite in the recitation of the Mukhalifeen. Something also evident in al-Faydh al-Kashani’s statement.

It does *not* refer to missing verses, nor indicate corruption.

The whole Quran would be having all these batin-verses, yet we only have access to around 6000 dhahir verses. Not 17,000 verses - which include the batin interpretation verses.

There is much more to this this discussion, which I had mentioned in my discussion of this topic on Twitter. And more to be mentioned. Yet, I have omitted a number of points for purpose of brevity.

May Allah bless you all