Permissibility of referring to the Umayyad / Abbasid eras as ‘caliphate’ 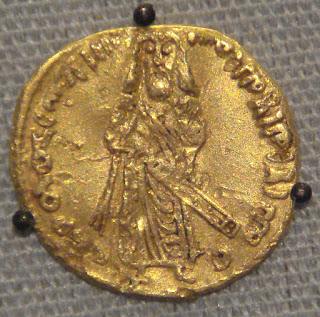 Permissibility of referring to the Umayyad / Abbasid era as caliphates

Imam al-Sadiq speaking about the al-Zawra’ region where 80 Abbasids will be killed by non-Arabs:

“(Imam al-Sadiq speaking to companion): Have you seen the black mountain, right of the road?

I [narrator] asked: And who will kill them, may I be sacrificed for you?

He [Imam] said: Those who will kill them are the sons of non-Arabs.”

The fact Imam al-Sadiq refers to the Abbasid government as a ‘caliphate’, and refers Abbasid men who are qualified to ascend to the ‘caliphate’.

This shows the Imam is using the word caliphate from the people’s perception. Not because he believes the Abbasid government is a legitimate caliphate, nor that any man outside the infallibles among the household of Muhammad can ascend to it.

It is similar to when prophet Musa tells al-Samiri regarding the calf he made Bani Israel worship:

“Now look at your god to which you have been devoted: we will burn it up, then scatter it in the sea complete” (20:97)

Similarly, Imam al-Sadiq and the Shi’a who say “caliphate” in relation to the Abbasids. It does not mean they recognize the Abbasid caliphate as legitimate, but a ‘caliphate’ is how the Abbasid dominion described itself. Hence, people refer to it as such.