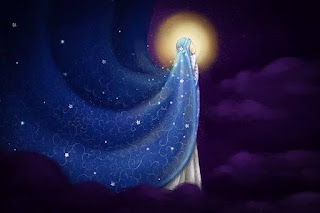 Stating without source nor chain doesnt prove the attribution to the Imam.

That's an epistemic fallacy to attribute it to Imam Askari(as).

As he is hujjah in Deen & so his words hold authority & thus contradicts this ayah & riwayah.”

That’s per your understanding. Our Imams’ companions believed something else.

For them, one’s Shi’i-hood warranted Husn al-Dhan (assuming the best) - and accepting the report, or at the very least not rejecting nor denying it.

“And their [the Imamiyyah]’s predecessors were a people who turned to piety, diligence and integrity, and they were not distinguished by vision and discernment, so if they saw a man (with no open signs of wickedry) narrating a hadith, they thought well of him (husn al dhan) and accepted it.”

Even if the content were questionable, they did not reject the hadith nor deny it as it is attributed to the Imams. They simply did not take upon it.

May I be your ransom, we have a people who differ in the ma’rifa of your virtues - with different sayings which disgusts the hearts and bring distress.

This verse is about the mushrikeen innovating religious dietary laws and attributing them to Allah.

“Say, "Have you seen what Allah has sent down to you of provision of which you have made [some] lawful and [some] unlawful?" Say, "Has Allah permitted you [to do so], or do you invent [something] about Allah?" (10:59)

Allah did not permit these innovations - which were done by the Mushrikeen out of personal desires.

Meanwhile, the principle of husn al dhan with regards to religion is enshrined by Allah in his Holy Book and the blessed sunnah to the core.

Such that when a rumor is spread about a fellow Muslim’s honor - they are to have husn al dhan and declare the rumor “an obvious falsehood”, even if they personally believe it may be true. As long as the rumor is not proven in an Islamic court.

“Why, when you heard it, did not the believing men and believing women think good of themselves [i.e., one another] and say, "This is an obvious falsehood" (24:12)

You will drink. But if a Buddhist offers you an unknown liquid, you will reject it because there is no husn al-dhan for him.

You won’t, because you will have husn al dhan that he is pure. But a Buddhist, there is no husn al dhan - thus you will cleanse yourself.

You already have Husn al-Dhan for your Shi’i brother throughout matters of religion.

So why not have Husn al-Dhan that a Shi’i brother is not lying when he says Imam al-Askari said the hadith?

Knowing the Prophetic hadith, “Whoever tells a lie about me deliberately, let him take his place in Hell.”

Any Shi’i would be afraid of such a fate, thus I will assume the best - that Sayyid Isfahani narrated by general meaning of a pre-existing hadith.

Husn al-Dhan can’t be used in a secular court of law, where strict verification is mandated. But it is the rule in Muslim relations.

As the hadith from al-Kafi I shared says, “Give your brother’s words the best of dhann - until it comes to you what decisively goes against it.” (Al-Kafi, vol 2, page 362)

For more info about the relation of Husn al-Dhan to hadith, it is crucial to read my post here (https://www.thirdshahada.com/2021/08/imam-and-imam-companions-on.html?m=1).

The hadith of Imam Ali you’ve quoted is beautiful, but it is not to the meaning you think it is. And our classical scholars had not seen it that way.

When Shaykh al-Saduq says he removed isnads from his book “Man La Yahduruhu al-Faqih” - because he is ruling on the authenticity of all ahadith he mentions, and takes his belief in their authenticity as hujja between him and Allah.

Is he violating Imam Ali’s words? Was he not aware of Imam Ali’s hadith?

“And I wrote this book by removing the chains of narrators, lest its paths increase, even if its benefits abound.

But but rather I listed only ahadith I give a fatwa on and whose authenticity I rule upon, and I believe in it that it is an argument (hujja) between me and my Lord.”

As one may have already guessed, Shaykh al-Saduq did not violate Imam Ali’s hadith.

We may memorize a hadith’s content, but who memorizes the isnad?

Does this hadith mean we should assume that a Shi’i can lie in hadith?

Considering that the Imams recognized that there are ahadith we get from non-Shi’a in our environments. But not take them as primary sources, nor accept them if they aren’t corroborated by Shi’i sources.

We are ordered by our Imams not to outright call the ahadith of the Murji’a, Qadaris, and Khawarij as lies - if they are attributed to the Imams.

Thus, it is of benefit to us to mention from where the knowledge we get our knowledge. If we mention a Kharijite hadith with no isnad and that Khariji makes a lie against Imam Ali - the burden will be on him, not us, if we cite his hadith.