Our Imams and Batini Ahkam 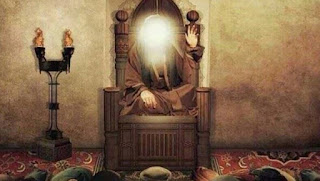 Every Quranic verse has two interpretations:

The batin of a verse is an interpretation of the verse revealed by God to the Imam and may have nothing to do with the dhahir at all in terms of context, meaning, and applicability.

The batin interpretation of the verse is a special meaning attached to the verse, consisting of revelation to the Imams which to an observer will not have basis in Sharia. Thus, the batin interpretation was in continuous update to our Imams - ‘It travels with precision, like the Sun and Moon’, as Imam al-Baqir said. And can apply to contexts even outside the immediate dhahir meanings of the verse.

Since there is no Sharia after Prophet Muhammad, our Imams cannot introduce new religious laws without asserting their basis in the Quran. As “whatever hadith does not conform to the Quran, it is a useless statement” (al-Kafi, vol 1, page 69).

Thus, they offer an interpretation to a verse which they state is its hidden meaning and true purpose. This is the batin meaning.

Ahkam (religious commandments) and meanings with seemingly no basis when the Quran is read from a dhahir perspective, suddenly have a basis in the Quran - as “batin interpretations” of the Quran.

He [al-Baqir] said: Its dhahr [is so and so], and its batn is its ta’wil - it includes what had passed, and what has not yet happened. It travels with precision, like the Sun and Moon..’

As batin interpretations of our Imams assert basis in the Quran, their application becomes mandatory to our Imams’ followers.

Our Imams have made full use of batin interpretations to (1) cement the exclusionary nature of Shi’ism, (2) offer an elitist position to the most loyal of their followers, and (3) cultivate a loyal dedication to their (the Imams’) persons, entailing unquestioned and absolute power.

Below are some examples of batini ahkam & meanings whose purpose is to achieve the three above goals.

A) Exclusionary and elitist

To maintain the Shi’a in an elitist position, non-Shi’a were dehumanized spiritually.

Thus, Imam al-Sadiq for example permitted his followers to look at the ‘awrah (genitals) of non-Muslims (i.e, non-Shi’a).

The Imam equated a non-Muslim’s ‘awrah to a donkey, because non-Muslims from a batin interpretation are animals. Thus, it is not expected to be aroused by them (from a batin perspective).

Obviously - it is not expected to not be aroused by a human being simply because of his religion. Thus, the hukm provided by our Imams *must be symbolic* to signify the spiritual non-existence of non-Muslims.

“It is apparent from the author (al-Kulayni) and Ibn Babawayh (al-Saduq) - may Allah have mercy upon them - their belief in the commandment of this report.

While it is apparent from al-Shahid (al-Thani) and a group (of scholars) that there is no dispute in it being forbidden.”

It would thus appear that al-Kulayni and al-Saduq, whose methodology is based on tradition, took upon this batin interpretation of non-Muslims.

Why did they take upon it? Likely, they believed the ruling is based on a batin interpretation of the Quran, thus it wouldn’t violate the Quran.

Whereas al-Shahid al-Thani approaches the hadith from a jurisprudential lens - (i.e, seeing it as contradictory to principle of conforming to Quran and sunnah). Modern fiqh regarding this issue is based on al-Shahid al-Thani’s approach.

Imam al-Baqir permits his companions to falsely accuse and slander non-Shi’a, but mentions that it is mustahab to not do so.

It is permissible, according to the Imam, because of the spiritual status of non-Shi’a as “sons of prostitutes”.

While this hadith goes against the Quranic principle of “Repel [evil] by that [deed] which is better; and thereupon, the one whom between you and him is enmity [will become] as though he was a devoted friend” (41:34).

A batin interpretation by our Imams of the Quran would exclude non-Shi’a from this, as it would view them as “sons of prostitutes” spiritually.

Some of our companions falsely accuse and slander those who violate their beliefs (i.e, non-Shi’a).

He (the Imam) told me: Avoiding this is better.

Then he (the Imam) said: Wallah, O Aba Hamza. The people are all sons of prostitutes except our Shi’a.”

B) Loyal dedication and absolute power

The best way a spiritual leader can maintain an absolute hold over his followers’ lives is equating himself to their obligations.

For example, Allah obliges us to partake in Hajj.

Our Imams proclaim to us they are the “Hajj” itself. This highlights the fact that the Imams are “Allah’s great names - whom Allah does not accept a person’s deed except with his ma’rifa for (the Ahlulbayt)” (Al-Kafi, vol 1, page 144).

What are some of the connotations of the Imams being equal to Allah’s obligations?

One reason why it is permissible to do sujood to infallibles, is because they are the Qibla of Allah.

“Their [angels] sujood was not for Adam’s person. However, Adam was a Qibla for them to sujood towards (for the sake of) Allah”

Unlike Ismailism, Hajj Dhahiri was not abrogated in Imamism - and both hajj dhahiri and batini obligatory.

“I said to Imam al-Sadiq, “May I be sacrificed on you, I cannot afford to go to Hajj every year.” The Imam replied: If you ever wanted to go to the Hajj but could not afford it, go to the Ziyarat of Imam Husayn, for indeed it will be recorded as a Hajj for you.”

“Instruct our Shi’a to the visit the grave of Husayn, for visiting him is muftarad (obligatory pillar/ فريضة) upon every believer believing Husayn’s Imamate is from Allah”

As Imams are the batin meaning of fasting, it is possible for them to dictate the obligation of fasting in a certain month other than Ramadan - such that breaking the fast would mean making up the fast and praying kafara.

We know that the differences among the Shi’a is due to the Imams ordering these differences.

Just like the Imam would order his Shi’a to pray at different times - so that they wouldn’t be known that they are united as one group.

“Narrated Salim Abi Khadija from Abi Abdillah عليه السلام, he (Salim) said: a man asked [him] while I was present: I happen to enter the Masjid and one of our companions is praying the Asr prayer while another is praying Dhuhr [why this divergence]? He said: I ordered them to do that, if they were all to pray at one time they would be known and it would be off with their necks.”

It is possible that the Imam ordered his Shi’a to also fast at different times (Ramadan and Sha’ban), but denied the fast of Ramadan as taqiyya from Shi’a.

“It is reported about the fasting of Sha’ban that he (peace be upon him) was asked about it and he said:

‘The Messenger of God (may God bless him and his family) and none of my fathers fasted it.’